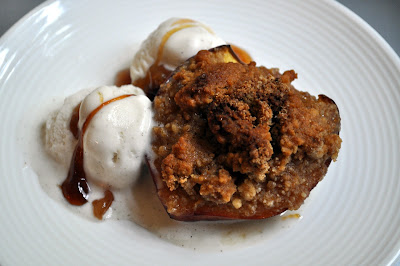 So for this month's What Baking Challenge, Ammie from Adventures in My Kitchen, chose for us to bake with in season, local produce. For me, that meant some delicious peaches! This recipe is simple and sweet with very little prep work or time. Perfect for spring and summer get-to-togethers! Enjoy! 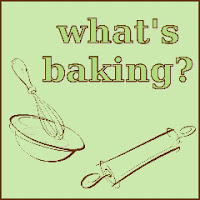 
1. Using a small cookie scoop or melon baller, scoop out a small hole in each peach halve. Place peaches skin side down in a baking pan.

4. To make the stuffing, which is similar to a streusel or crumb cake topping, combine flour, brown sugar, cinnamon, cookie crumbs, and butter with a fork.

5. Take the peaches out of the oven, and scoop stuffing into the cavities. Return to the oven for 30 more minutes on 350 degrees. Serve warm with fresh cream, ice cream, or eat them just as they are! Feel free to drizzle with leftover glaze in pan.

Posted by Our Italian Kitchen at 3:11 PM 4 comments

Today is the last day to bid on some delicious baked goods which will be mailed to your doorstep and help end breast cancer with your donation! Go head over to Bloggers Bake for Hope and check out all the yummy options!

Posted by Our Italian Kitchen at 4:35 PM 0 comments 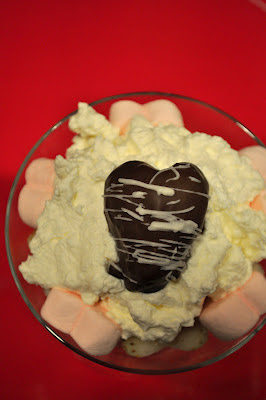 For this month's What's Baking challenge hosted by Sandra from She Cooks and Bakes, we were challenged to make something with Valentine's Colors, of course, because it's February. February is the all about love in our house because it's also the month of our anniversary! So I loved this theme! Unfortunately, I had high ambitions for making cupcakes that mimicked our wedding cake and they were a fail. A tasty fail though. The cupcakes baked with an air pocket in the middle and the bottoms were a bit stuck. So we ate them with forks. I guess we will put that on a try again another time list. 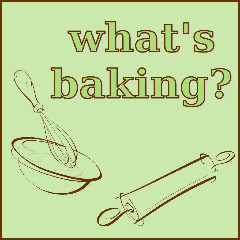 Since the cupcakes were a fail, I went with a something different that I knew to be a tried and true recipe. The baker's chocolate brownie recipe. I've used it many times before and it has always turns out well. It was used for these mini brownies previously and they were yummy! I added some fresh whipped cream, strawberries, and chocolate to turn those brownies into a cute Valentine's trifle. This could either make one large trifle or a bunch of individual trifles. I opted for individual, because I love all things cute, small, and personal sized. Hope everyone had a lovely Valentine's Day! 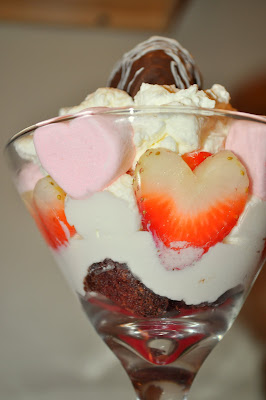 1. Start by making brownies first. Melt the chocolate squares and butter in medium sized bowl in the microwave for about two minutes or until melted. Stir until thoroughly mixed together. Set aside to cool slightly.

2. Transfer chocolate mixture to a mixing bowl and add in sugar. Beat to incorporate.

3. Add in eggs and vanilla on low. Mix in flour and nuts until well blended.

5. To make the whipped cream, start by placing your mixing bowl in the freezer for a few minutes. Then add cold heavy cream to your chilled bowl. Whip the cream on medium speed until it begins to thicken.

6. Add in confectioner's sugar and vanilla while continuing to beat on medium. Keep whipping until soft peaks forms. Reserve a handful of strawberries with the pointiest shape. Slice the rest of the strawberries lengthwise.

9. To make a strawberry heart, take the reserved strawberries and cut in half lengthwise. Then make a v-cut in the top. Ta da two cute hearts from one strawberry! 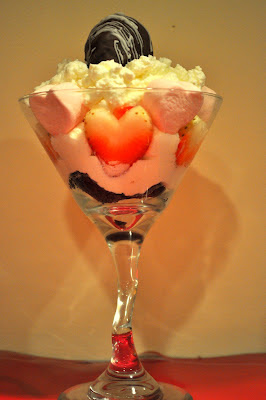 Posted by Our Italian Kitchen at 7:01 AM 2 comments 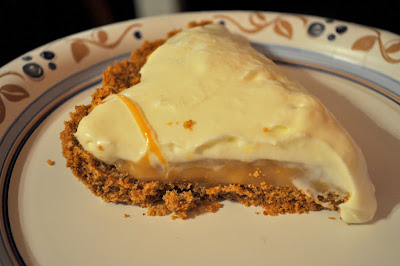 For this January's What's Baking Challenge, we were asked by Melissa from I Was Born to Cook, to make a snowy day sweet, which couldn't have come at a more perfect time since we just had a lil snow storm locally. My favorite part of a snow day, is cuddling inside with some warm blankets and a few good movies, and or course, some festive baking. This is a great snow day treat since the sweet and slightly salty pie is simple to make and you can't stop eating it! 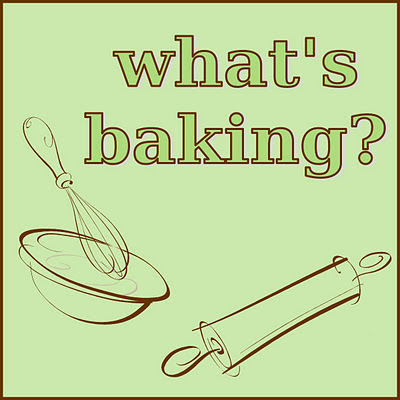 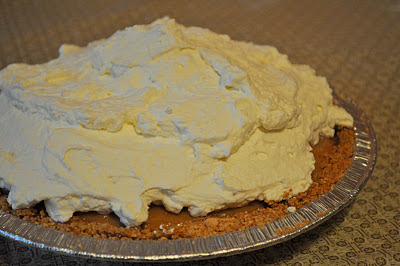 1. In a small bowl, mix the graham crackers crumbs with the melted butter and brown sugar.

2. Press the crumb mixture into a 9" pie plate. Bake at 350 degrees for 10 minutes or until golden brown. Remove and let cool.

5. Place in a 425 degree oven for 2 hours, stirring two or three times throughout the cooktime. Continue to replenish the hot water in the roasting pan as needed.

6. Once the condensed milk has taken on a golden caramel color and thickened as well, remove it from the oven. The mixture may be lumpy, but don't worry it will smooth out as it cools.

7. Spoon the caramel into prepared pie crusts and cover by pressing plastic wrap sprayed with vegetable oil on top of the pie. Refrigerate for at least 4 hours.

8. Whip heavy cream with powdered sugar until light and fluffy, then pile high the fresh made whipped cream onto the pie and serve! 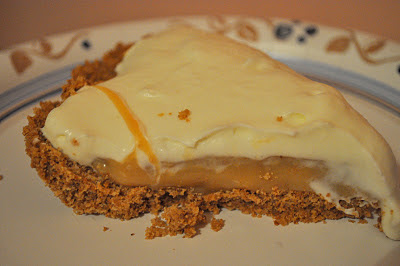 Posted by Our Italian Kitchen at 4:35 PM 1 comments